Building Code Board of Appeals

What to See and Do

Town of West Point Police Department receives the designation of being the smallest accredited police department in the Commonwealth.

It is the mission of the West Point Police Department to serve all people within our jurisdiction with respect, fairness and compassion. We are committed to the protection of life and property; the preservation of peace, order and safety; the vigorous enforcement of local, state and federal laws; and the defense of the Constitution of the State of Virginia and the Constitution of the United States of America in a fair and impartial manner. We are committed to serving our community to enhance the quality of life and to nurture public trust by holding ourselves to the highest standards of performance and ethics. Our officers are determined to serve as a deterrent to crime, develop relationships with community groups, residential and business organizations, and promote an environment receptive to tourism, visitors, and residents and to support historic preservation in our Town. Additionally, we are dedicated to our personnel by providing continuous training and educational development, as well as career enhancement opportunities.

The West Point Police Department has and shall continue to provide service of the highest quality to its community and foster partnerships in crime prevention.

The Police Department offers the following programs to the children and citizens of West Point. 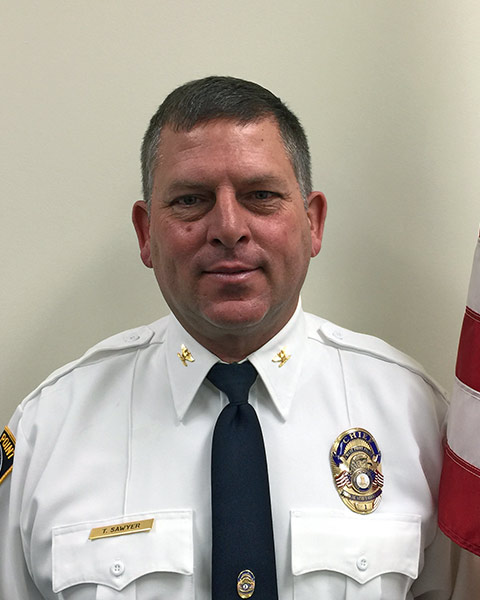 We are committed to conducting ourselves in a manner that brings honor to the department, the Town, and ourselves.

We are committed to respecting the individual rights, human dignity and the value of all members of the community and the department.

We are committed to nurturing the public trust by holding ourselves accountable to the highest standards of professional conduct and ethics.

We are committed to providing the highest quality of law enforcement service to the community with the goal of enhancing the quality of life within the Town of West Point, Virginia.

We are committed to achieving a level of performance that exceeds all expectations. We Begin with Pride and End with Excellence

The Town of West Point was incorporated on July 19, 1870 and realizing a need for a police department they employed Mr. Hunsford Anderson as Sergeant of the Town on September 15, 1870. His duties were not restricted to law enforcement functions, but included town clerk, treasurer, and duties of a town manager. On January 3, 1871, the Mayor, John Whitbeck, appointed eight special policemen whose duty would entail assisting the Sergeant when called upon to preserve the peace and to arrest any violators. These officers were paid one dollar [$1.00] per incident whereby an arrest or other special duties were performed.The Mayor appointed two police officers on October 4, 1876, Officer David D. Harrison and Andrew Hicks. Nearly one hundred years later, on July 1, 1976, the Town of West Point decided to obtain law enforcement coverage from the King William Sheriff's Office. This contractual agreement continued for the next twenty-two years.

The Town decided to end its utilization of the Sheriff's Office and establish their own Police Department and on August 15th 1998, the West Point Police Department was formed with six full time personnel, who include the Chief of Police, five police officers, and two civilian personnel.

The newly formed Police Department initiated its operational development through community oriented policing. The Chief of Police initiated a walking beat on Main Street, where the majority of the town's businesses are located. The program known as "Park, Walk, and Talk", which entailed officers parking their patrol vehicles and walking Main Street the major commercial district, entering businesses to check on daily activities, and form a relationship with owners and citizens alike. The relationship with business owners assisted the department in reducing criminal activities, by obtaining information of any illegal activities that could be dissolved prior to it becoming a major problem.

In 1999 the West Point School system met with the Chief of Police to discuss the ongoing problems nationwide with school violence. The department obtained a grant for a school resource officer who would work in the schools on a full time basis to form bonds with the youth of our community. The school resource officer interacts with the students, staff, and parents on a daily basis continuing the community police philosophy adopted by the West Point Police Department. Some programs implemented by the School Resource Officers is the YADAPP (Youth Alcohol and Drug Abuse Prevention Project, The Buckle Up Challenge and The Prom Promise.

The department utilized local news media to deliver the department's mission statement "Dedication to Public Safety". The department understood that survival could not be achieved without full community support.

The department strives to remain current in its involvement in programs designed to educate the public about safety, awareness, and it's law enforcement efforts in the community. One such way to promote these efforts in conjunction with conforming to the best management practices law enforcement is to become an accredited agency. The West Point Police Department accomplished this feat in 2013 and remains an active voice in the process throughout Virginia and the country and was re-accredited in 2017. As the smallest re-accredited police department in Virginia, West Point serves as a model to agencies both large and small on how a professional law enforcement organization functions.

The department has reached several of its original goals that the citizens of the Town of West Point originally had for their police department. The response times for calls for service have been reduced by fifty percent since the inception of the department. Through community police-oriented programs, we have built a relationship of trust and confidence in the community we serve. Citizens and officers are working together to deter and solve crimes that occur in our community. The West Point Police Department presently consists of a Chief of Police, Lieutenant, School Resource Officer, six Patrol officers, one investigator and two Auxiliary Officers. The Chief of Police frequently publishes articles with the local news media to inform citizens of our education, public safety, and enforcement efforts. The technological advancement has been achieved through grants and personal expertise of its members.

Report a Crime, Complaint or Submit a Commendation

Please click appropriate link below, fill out the form and either mail or drop off:

If you live in the Town of West Point and you have a special medical condition, this information, along with directions to your home, can be entered into our 911 system and will appear on our 911 screen should we receive a call from you. It is helpful to have this information ahead of time since such details can be forgotten in an emergency situation. Feel free to call our Dispatch Center at 843-2670. The questionnaire form is attached here.